On Sunday 1st July, 21 of us left Shepshed for our annual Church Holiday. This year we headed off in two minibuses to the Hotel Riviera in Bournemouth and hopefully some sun!!  The Hotel was well placed on the cliff overlooking the bay and most rooms had a sea view. The 4 course dinner on our first night gave us a clue to how well fed we would be during our stay; and we were!!

The weather was dry when we arrived so a group of us went for a walk after dinner to see what Bournemouth had to offer.

Monday, however, we awoke to pouring rain; but sustained by our full English we set off to look round the town (and the shops) and a couple of us had to buy new waterproof jackets to cope with the heavy downpour.

The afternoon was spent in the Oceanarium, near the pier in Bournemouth, watching the huge variety of creatures from sharks, rare green sea turtles and clownfish, to menacing piranhas, venomous lionfish and the octopus. The underwater tunnel was amazing watching them all swimming above us. During the evening we took over the lounge and enjoyed playing charades as the rain continued to fall.

Tuesday morning stayed dry as we visited Lyndhurst, a village in the New Forest about 9 miles from Southampton.

After a walk round the village and a 'cuppa' we travelled on (in the rain again)  to Breamore House and Countryside Museum. Following lunch (and cream teas) in The Tea Barn we were given a guided tour round the house

and then we explored the Countryside Museum which was fascinating. It showed full size replicas of village shops such as a Blacksmith’s shop, a Wheelwright’s, a Saddler’s, a Brewery and a Bootmaker together with tractors, traction engines and other farm implements.  It was well worth the visit! 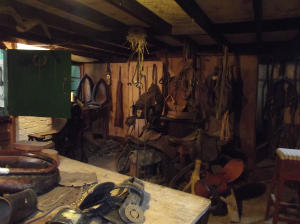 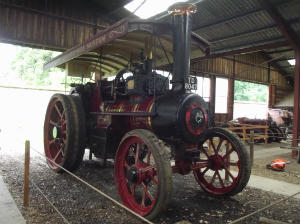 Wednesday morning we headed towards Wimbourne, but as the rain continued to be very heavy, it was decided to go straight on to Poole Pottery. Following a look around the Pottery the ladies later found ‘Leading Labels’ and several more bought waterproof jackets!! The weather did clear up for a while and we were able to amble round Poole for a while before returning to Bournemouth. Anne, Jane and Judi braved the wet and walked down to the shops. As the following picture shows, the rain did not dampen Anne and Jane’s spirits as they rode on the horses. 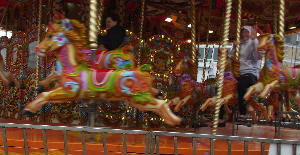 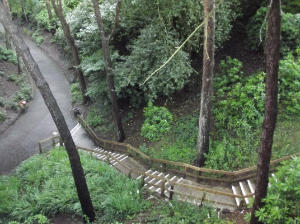 After dinner the rain cleared again and we were able to walk along the front to Alum Chine and found our way back using bridges and short cuts to cross Middle Chine and Durley Chine to avoid roads as far as we could. 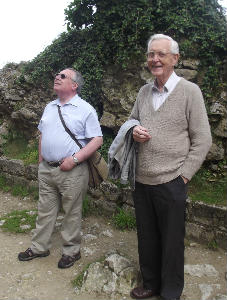 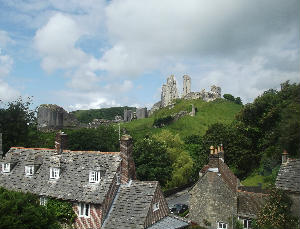 Thursday dawned dry and sunny at last and we set off for Corfe Castle, taking a train ride from Norden (better than the usual ‘Park n Ride’). While some wandered around Corfe itself several visited the castle and the 4 who got very wet last time were able to get to the top and take photos in the dry!! On the way back to Norden we were able to sit in the observation car of the train directly behind the engine. 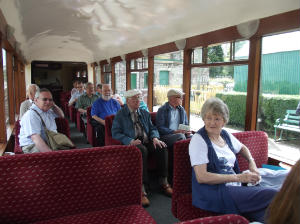 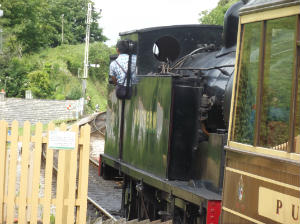 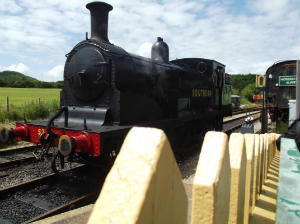 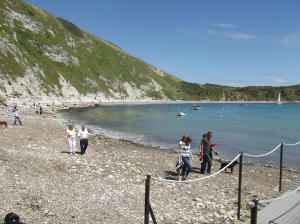 We had planned to visit the Tank Museum in Bovington that afternoon but were turned away by the Police; it had been closed through a bomb scare and they were waiting for it to be dealt with. As it was such a lovely day we drove on to Lulworth Cove. It was so good to walk about in the dry and to sit in the sun with our drinks and ice-creams. After dinner a group of us walked down the cliff and along the front where Jane and Irene went for a paddle.

Friday morning, in the rain again, we headed for Bovington again for the Tank Museum. It was really interesting looking at the tanks with Denis and Pete. I had no idea there were so many different shapes and types and we found the tanks that they had driven whilst in the army. Following lunch at the Museum we returned to Bournemouth and another soaking whilst doing last minute shopping before dinner. 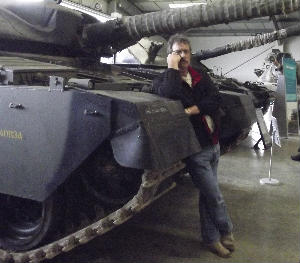 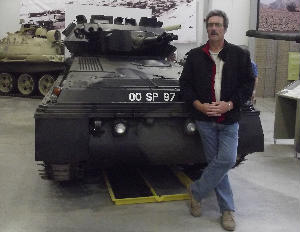 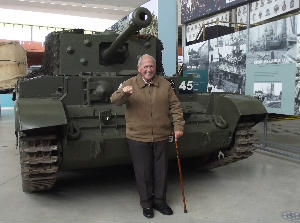 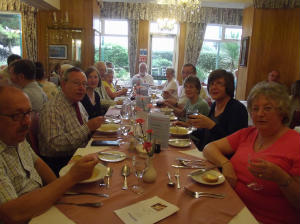 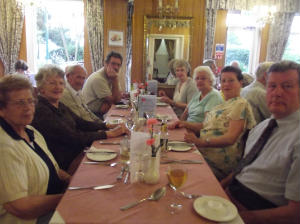 Although it was a very wet holiday, we all agreed we had still had a great time together, as we always do on our Church Holidays. This is due in no small measure to the very hard work put in by Howard and Hilary to ensure we do have a good time and we do thank you both so much for your care. We were well fed by the Word we heard from Howard each morning which set us up for the day. Our grateful thanks go also to our two drivers, Pete Bassford and Rod Hesling, for their patience in driving us around safely all week.